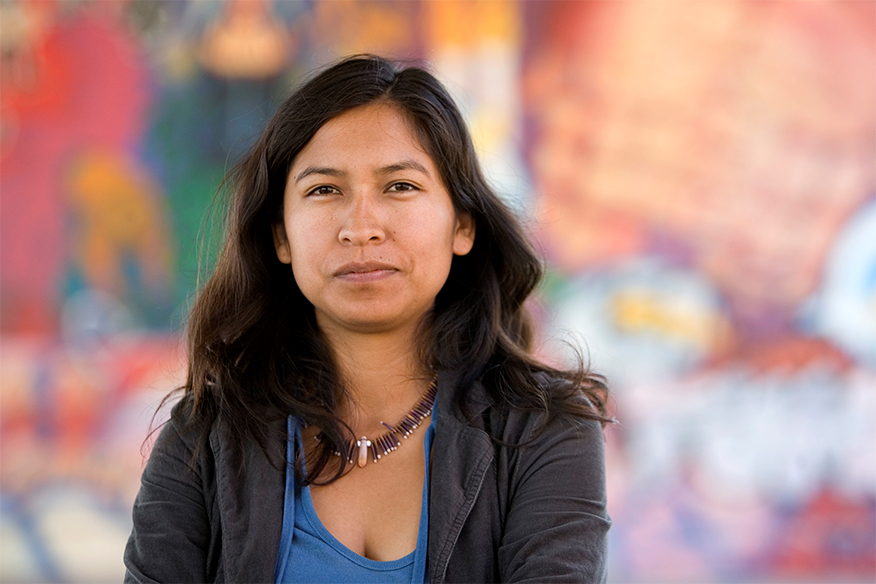 Yolanda Cruz is a filmmaker from Oaxaca, Mexico. She is currently developing her first fiction film, “La Raya,”a dramedy set in Oaxaca, Mexico, which will be produced by Canana Films in 2014.  “El Reloj”, Yolanda’s second fiction short film, launched by Petate Productions and Latino Public Broadcasting,  premiered at the Morelia International Film Festival in, 2013, and will make its online debut in June 2014.

Cruz is also developing “Migrant Heroes”, an online series of mini-documentaries about migrant heroes in the U.S., set to go live in  2015.Cruz completed the script for her feature film, La Raya, at the Sundance Screenwriting and Directing Lab, where she was a 2011 fellow.

Her work has screened at film festivals and museums around the world including the Sundance Film Festival 2000, The Guggenheim Museum in New York, Park la Villette in Paris, The Smithsonian National Museum of the American Indian and the National Institute of Cinema in Mexico City.

Cruz’s honors include an Audience and Best Feature Documentary award from The National Geographic All Roads Film Project 2005 and The Expresión en Corto International Film Festival 2009 in Guanajuato, Mexico.

She holds an MFA from the UCLA film school and a B.A. in Liberal Arts from The Evergreen State College. Cruz is also an alumna of the Sundance Institute Native Lab.